Dr. Robert Brown is an adjunct professor at UCI Beckman Laser Institute & Medical Clinic through the department of computer science. He is currently the CEO of the American Institute of Physics in College Park, Maryland.

Dr. Brown leads world-class research and development in opto-electronics and optics and is a renowned photonics specialist. Until recently, he led the nano-plasmonic research activities at Rockwell Collins’ Advanced Technology Center. As a Principal Scientific Officer in the UK Ministry of Defence ‘Royal Signals and Radar Establishment’ in Malvern, England, Dr. Brown was responsible for inventing detectors, electronic correlator, APD photo-detector, laser-diode, liquid-crystal display and optical-fiber technologies.  Many of these technologies have been developed into successful products for experiments involving jet engines, macro-molecules, U.S. submarines and space shuttle instrumentation.

Dr. Brown holds 35 patents and has published more than 120 peer-reviewed research papers in scientific journals. He recently co-edited the two-volume set Handbook of Optoelectronics. Dr. Brown is an elected member of the European Academy of the Sciences and Arts (Academia Europaea) and a Special Professor at the University of Nottingham in the UK. He has been the recipient of many awards including:  the UK Defense Prize for ‘Outstanding Technology Transfer,’ a Sharp Corporation Prize for novel laser-diodes with his research team, and in 2002, the prestigious Queen’s Award for Enterprise in the UK with his Institute of Physics team. Together with his team, he was invited to Buckingham Palace to honor his achievements. 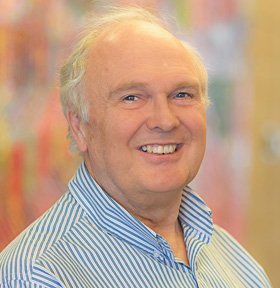