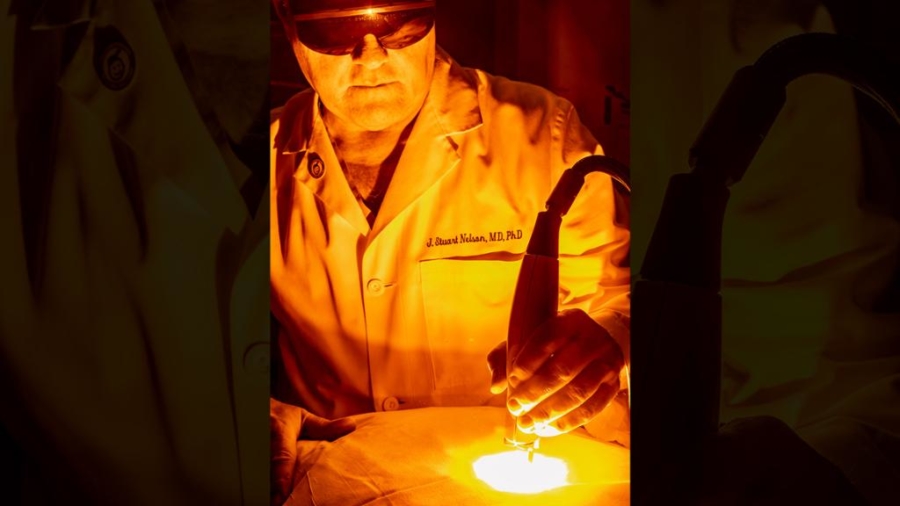 Though he tried as best he could, Dr. J. Stuart Nelson couldn’t fully disconnect from the world outside.

It was early March and when he and his wife were in the Maldives for their 35th wedding anniversary – a trip that, under any other circumstances, would’ve been a chance to unwind and enjoy the sights and sounds of the popular tourist destination nearly 10,000 miles from his Orange County home. Instead, the Laguna Niguel resident found himself checking the news every morning on TV and on his phone. He’d constantly get texts from his four kids keeping him updated on the latest developments from back home.

March would normally be a time Dr. Nelson’s at Honda Center cheering for his beloved Ducks. As an inaugural Orange Alliance member, he’s been attending Ducks games since 1993. He was in the house when Anaheim made its first Stanley Cup Final appearance in 2003 and again in 2007 when the Ducks became the first California team to win hockey’s ultimate prize.

It was during his time in the Maldives when the World Health Organization (WHO) made the assessment that COVID-19 could be characterized as a pandemic. The situation was rapidly evolving. Dr. Nelson knew the way things were before he and his wife left weren’t going to be the way they were when they returned.

They managed to return home on March 19, the day California Governor Gavin Newsom issued a stay-at-home order to “protect the health and well-being of all Californians and to establish consistency across the state in order to slow the spread of COVID-19,” as stated on the State of California’s website.

“It was a weird thing to leave in the first week of March when everything was fine, and then come home to find out everything was closed,” says Dr. Nelson, Medical Director of UCI Beckman Laser Institute and Medical Clinic and professor of surgery and biomedical engineering. “That was a shock.”

Dr. Nelson is engaged in full-time clinical practice at UCI Beckman Laser Institute and Medical Clinic on the campus on UC Irvine, serving patients with pediatric port wine stain birthmarks, hemangiomas and other vascular malformations and skin disorders. But like many businesses in the state, his clinic was temporarily closed. “Since we’re an outpatient surgical clinic, we were closed for about six weeks,” he says. “We’ve since reopened on May 11. The clinic is up and functioning, but it’s a very different world now. We’re all wearing masks, face shields and personal protective equipment that we didn’t really need previously.”

While the clinic was closed, Dr. Nelson stayed busy. “I was doing two things,” he says. “I was continuing my research work, and as medical director, I was preparing to open the clinic again with all the new requirements the university had put in place so we could see patients safely.”

The biggest difference now than how it was in the past, Dr. Nelson says, is change. “Rather than me coming to greet my patient, it’s sort of an awkward introduction. I can’t see your face and you can’t see my face. We can’t shake hands. It’s a very strange thing to now go see a doctor.

“Before, that was one of the most personal things you can do. Now it’s become very distant. It just doesn’t have the same interaction. I miss shaking peoples’ hands and being able to see their faces, their facial features and their reactions. Now we can’t because everyone is covered by masks.”

There have been nearly two million COVID-19 cases reported in the United States as of June 8, according to the Centers for Disease Control and Prevention (CDC), and more than 7,500 confirmed cases in Orange County, per the Los Angeles Times.

“We’re talking about a highly infectious virus,” says Dr. Nelson. “A virus that is really unknown to researchers. We’re talking about a virus that, as we sit here in early-June 2020, has no treatment or vaccination. I have tremendous respect for my emergency medicine and intensive care colleagues. They’re putting themselves in harm’s way every day. Many of my colleagues are putting themselves at great personal risk.”

Though the patients he sees are pre-screened and required to fill out a questionnaire prior to arrival, the work Dr. Nelson performs requires him to be within inches of them. “When I’m doing procedures on infants, young children and adults, I’m sitting six inches from them,” he said. “We’re all doing this. It’s one thing to say, ‘Maintain your social distance.’ But how do you do a surgical procedure from six feet away? I can’t do that. I have to touch the person and be right next to them.”

Patients having an anesthesia procedure or one requiring sedation are required to get a COVID-19 test within 72 hours of their procedure, he says. “It’s been a lot to assimilate and get organized, but we’re doing it, and we will continue to do it and do it well. We’ll provide the service that we need to provide for families.”

Born and raised in Vancouver, British Columbia, Dr. Nelson considers himself a hockey lifer. He was part of a sold-out crowd of 15,062 at Pacific Coliseum to witness the first game in Canucks history back on Oct. 9, 1970 against the LA Kings.

After moving to Southern California, Dr. Nelson admits he followed the Kings as a “peripheral fan.” That loose allegiance ended once the Mighty Ducks of Anaheim franchise was awarded by the NHL in December 1992. “The next day I called and signed up for season tickets,” he says. “I’ve been a season ticket holder since Day 1.”

He was elated when he heard the Ducks and UCI Health agreed to a multi-year partnership two years ago. As the “official hospital partner of the franchise,” UCI Health continues to serve as the club’s season presenting sponsor through the 2020-21 season. “I was glad when UCI partnered with the Ducks,” he says. “I was very happy. We’re the regional medical center and flagship hospital in the area. We should be the team taking care of the Ducks. It was the UCI team that took care of [St. Louis Blues defenseman] Jay Bouwmeester. It was a UCI cardiologist who implanted the [Implantable Cardioverter-Defibrillator (ICD)].”

Like other Ducks fans, Dr. Nelson has his eye on the upcoming NHL Draft Lottery on June 26. The Ducks have never held the first pick in any draft in the club’s 26-year history. “They’ve got a franchise goaltender in John Gibson,” Dr. Nelson says. “They have good, young defensemen. I’m hoping Trevor Zegras develops. We have two first-round picks in this draft. We need a kid who can come in and play the NHL game.”