Dr. Thomas Milner is one of the early investigators in photomedicine, having made seminal contributions in both surgery and diagnostics. With Institute Medical Director Dr. J. Stuart Nelson, he is one of the inventors of the Institute’s dynamic cooling technology of tissues that has substantially improved the practice of many laser dermatological treatments.

Dr. Milner is a pioneer in introducing novel endogenous contrast mechanisms for optical imaging of tissue. He and his collaborators at the Institute were the first to publish an approach called optical Doppler tomography, which has provided the basis for light-based micro-angiography of the retina and other tissues.

Dr. Milner is an inventor on 55 U.S. patents and five international patents that have been licensed to six companies. He developed and demonstrated novel catheters for intravascular imaging, is a co-inventor of the MasSpec Pen that has been featured worldwide and is a co-founder of CardioSpectra and Dermalucent. His patent royalties to University IP Owners/ Licensees have returned over $100 million and he has authored 190 peer-reviewed articles and eight book chapters.

Dr. Milner was the recipient of the Coherent Young Investigator Award in Biomedical Optics, numerous grants from the National Institutes of Health (NIH) and Inventor of the Year at the University of Texas at Austin. He is a Fellow of the American Society for Laser Medicine & Surgery (ASLMS), American Institute for Medical and Biological Engineering (AIMBE) and the National Academy of Inventors. 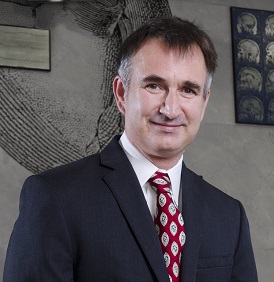