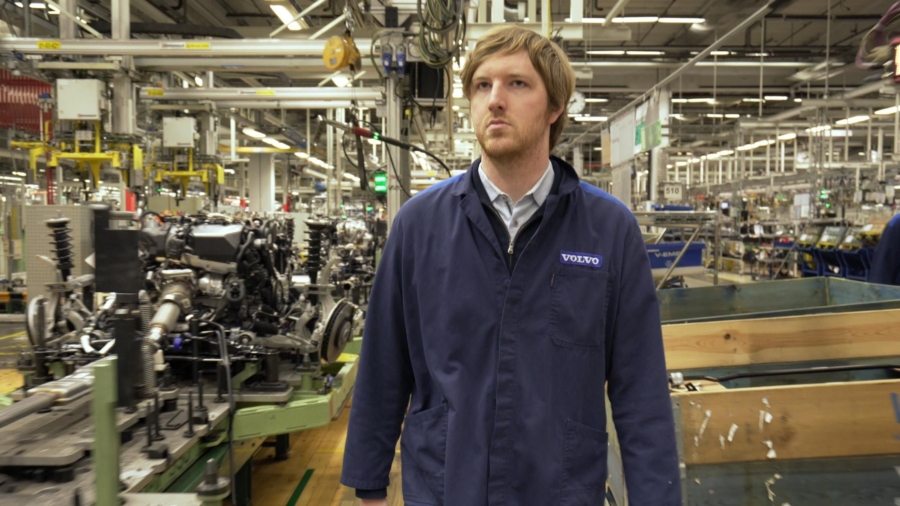 The race to commercialize self-driving car technology has attracted billions of dollars of investment but not created many billionaires. Luminar founder and CEO Austin Russell is among the rare exceptions. With today’s Nasdaq listing of the laser sensor company he founded at age 17, the optics prodigy is one of the first billionaires to emerge from the autonomous vehicle world–and the youngest self-made billionaire in the world.

“It’s been insanely intense, grueling … everything through every day that we’ve had to go through scaling this up. And of course it’s incredibly rewarding to have an opportunity to be able to get out there now and get into the public markets and scale through this IPO SPAC,” 25-year-old Russell tells Forbes in a video interview from his office in Palo Alto, California. “I’m still relatively young, but … a lot of blood, sweat and tears have gone into it. And I was fortunate enough to be able to retain a good enough stake.”

Good enough indeed. Russell’s 104.7 million shares, about a third of Luminar’s outstanding equity, is worth $2.4 billion at the start of Nasdaq trading today. The listing, announced in August, resulted from a merger with special purpose acquisition company Gores Metropoulos, a unit of Beverly Hills-based finance firm The Gores Group, and raised Luminar’s estimated market value to $3.4 billion. Investors in the newly public company include fellow billionaire Peter Thiel (net worth: $4.6 billion), who helped get Russell started with Luminar by making him a Thiel Fellow in 2012; Volvo Cars Tech Fund; Alec Gores of The Gores Group, another billionaire ($2.2 billion) who is also a Luminar board member; and billionaire Dean Metropoulos, the company’s chairman.

Thiel, the Paypal cofounder who famously created a fellowship offering extraordinary young people $100,000 to drop out of college to pursue their dreams, has been an advisor to Russell since he left Stanford to start Luminar in 2012. As a mentor, Thiel is impressed not just by the new tech billionaire’s intellect, but his ability to hold onto a significant chunk of Luminar as it moved from Russell’s garage concept to Nasdaq.

“You can build a billion-dollar business but that does not mean you can become a billionaire,” says Thiel. “It’s remarkable from a financing perspective to retain a financial stake of that size.”

Russell, who’s also a Forbes 30 Under 30 alum from the class of 2018, isn’t looking to take on self-driving tech giants like Alphabet’s Waymo or GM-backed Cruise, but instead is perfecting sensors that help autonomous cars “see” their surroundings by bouncing a laser beam off objects in their path. Known as Lidar for “light detection and ranging,” the technology is fundamental for autonomous vehicles and Luminar is competing in that space with Velodyne, the early leader in lidar for autonomous vehicles, and newcomer Aeva, both of which are also going public via SPAC mergers. Russell has sold prototype sensors to major auto companies for the past few years, but more recently secured production orders from Volvo Cars, Daimler and Intel’s Mobileye that may ensure revenue growth for several years.

Luminar will likely post sales of just $15 million this year, but could generate at least $1.3 billion by 2026, based on estimates in an SEC filing.

Russell’s abilities extend beyond the lab to the boardroom, according to Alec Gores, who helped arrange Luminar’s listing. “When we were negotiating, he was so on the top of everything, the small details. 60-year-old guys who’ve been in the business for 40 years don’t understand this stuff, but he took time to study the SPAC,” he says. “I’m looking at this guy and saying, ‘you asked more questions than anybody I’ve seen that’s been doing this sh*t for a long time.’”

The lanky 6’4” Russell, with shaggy strawberry blonde hair and a light beard to match, was making notable achievements long before his new billionaire status. As the story goes, he memorized the periodic table of elements at 2 years old and rewired his Nintendo DS game console into a crude mobile phone when he was in the sixth grade after his parents forbade him from having one. At 13, he filed his first patent: an underground water recycling system that catches sprinkler water and saves it for future gardening to reduce wastewater. Rather than go to high school, he spent his teen years at the University of California, Irvine’s Beckman Laser Institute.

Next came admission to Stanford to study physics, but that didn’t last long. He dropped out midway through his freshman year after winning a $100,000 Thiel Fellowship stipend for his lidar concept, founding Luminar not long after obtaining his driver’s license.

Excluding inherited fortunes, Russell is ​one of about a dozen people on the planet to make a billion dollars before they turned 30.

Lidar was an early fixation for Russell as he believes it has the potential to save lives both as part of self-diving cars and as a component of advanced driver-assistance systems that Volvo and other carmakers are bringing to market in the next two to three years. As a teenager, he’d looked at what Velodyne and other companies were doing with laser sensors, but determined a completely different approach was needed to make them cheap enough to be ubiquitous.

“It should not be a 16- or 17-year-old, and then subsequently a 25-year-old that can build a business like this,” says Russell. “We’ve been able to accelerate this because no one has really done this before.”

It doesn’t hurt that Russell has zero distraction from social media or time-sucking general education requirements of college and high school degrees. Unlike most 25-year-olds, he has neither Twitter nor Instagram accounts, but confesses to learning most of what he knows about the world from avid Wikipedia and YouTube explainer consumption.

As a Gen Y billionaire, Russell is also thinking about his impact. Though he has no immediate plans for Gates-like philanthropy, he sees his contribution as eradicating automobile accidents. “When this becomes a new, modern safety technology on vehicles that’s integrated on every vehicle globally produced, that’s when I’d firmly say that we’ve accomplished the goals that we set.”