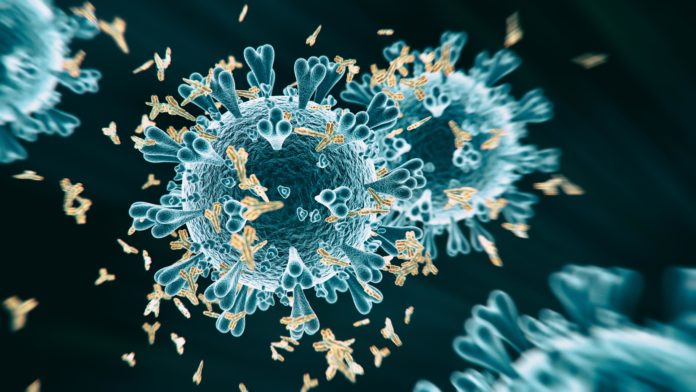 University of California, Irvine (UCI) scientists say a robust, low-cost imaging platform, utilizing lab-on-a-chip technology, and costing just a couple of hundred dollars, may be available for rapid coronavirus diagnostic and antibody testing throughout the United States by the end of the year. Using blood from a finger prick, the UCI test probes hundreds of antibody responses to 14 respiratory viruses, including SARS-CoV-2. Results are available in two to four hours.

The UCI team has already completed 5,000 tests in Orange County, and say the final goal is to be able to run 20,000 samples per unit a day. They suggest that identifying responses to viral infections with symptoms similar to those of COVID-19 will keep hospitals clear of patients with standard colds and flu. The researchers are partnering with UCI startups Velox Biosystems and Nanommune to scale up production of the TinyArray imager technology, and expect that the platform will be ready to deploy across the United States by the end of 2020. They are also working with scientists in Uruguay, Russia, and Thailand to develop similar systems.

“We need to test millions of people a day, and we’re very far from that,” said Per Niklas Hedde, PhD, a project scientist in pharmaceutical sciences and lead author of the team’s paper, which is published in Lab on a Chip. “This accurate testing platform enables public health officers to implement individualized mitigation strategies that are needed to safely reopen the country and economy.” The technology would also be great for a low-income country, he believes. “Because the device’s materials are cheap and easy to obtain, the platform is easy to manufacture and use in low-resource areas, making testing accessible on a world scale.”

It is well accepted that official infection numbers for COVID-19 are “widely underestimated,” the authors wrote. This is due to a combination of test shortages, limiting testing to people with symptoms, and the time-sensitive nature of RT-PCR, which depends on the presence of viruses and/or viral genetic material in respiratory tract mucosa. “Broad availability of highly specific, high-throughput, inexpensive serological testing can help manage COVID-19 over the coming months and years as it will be able to determine the true density of exposed, seropositive people to enable containment and mitigation measures to avoid formation of new COVID-19 hot spots,” they suggested.

“Massive” serological testing would aid in the development of strategies to help kickstart the economy, and help to minimize the risk of further waves of SARS-CoV-2 infection and death toll. “The implementation of broad testing for SARS-CoV-2 and for antibodies against the virus will be an essential step on the road to the successful implementation of efficient containment measures, and to help develop therapeutics and vaccines,” the authors pointed out. Understanding what antibodies are produced and how long they last will be key to developing an effective vaccine.

The system developed by the UCI researchers is based on a robust, inexpensive, 3D-printable portable imaging platform, the TinyArray imager, which they claim can be deployed immediately in areas with minimal infrastructure, to read the results of coronavirus antigen microarrays (CoVAMs) that contain a panel of antigens from respiratory viruses including SARS-CoV-2, SARS-1, and MERS.

The current CoVAM serology platform developed by the UCI team can measure antibody levels in blood serum samples tested against 67 antigens from 23 strains of 10 viruses that known to cause respiratory tract infections, and so can accurately discriminate between the viruses. New antigens can be included as a virus evolves, the team noted.

“Probing this large number of antigens simultaneously in a single test allows for much higher specificity, sensitivity, and information density than conventional antibody tests such as lateral flow assays (LIFAs),” they claimed. Currently, most antibody tests only check for one or two antigens. “Testing for reactivity against only one or two antigens is not always reliable as cross-reactivity can occur,” they pointed out. “The CoVAM test can tease out this cross-reactivity by taking a simultaneous snapshot of the relative serum reactivity against multiple, cross-species viral antigens … CoVAM is specifically designed for high-throughput serological studies on the scale of >100,000 samples with a minimal number of reagents, which will be critical to enable massive, repeated testing of large populations.

The TinyArray imager combines a 3D-printed prototype with an off-the-shelf LED and a small, 5-megapixel camera, and is used to read the microarrays by identifying markers for the antibodies simultaneously. The scientists say their tests showed the platform has the same accuracy as expensive imaging systems, but is portable enough to deploy anywhere. “To evaluate our imaging device, we probed and imaged coronavirus microarrays with COVID-19-positive and negative sera and achieved a performance on par with a commercial microarray reader 100x more expensive than our imaging device,” they wrote. The same device can also process the results of commonly used nose swab tests for SARS-CoV-2 so that patients can be tested for COVID-19 and its antibodies on a single platform.

“A month or two ago, testing was kind of regarded as the Wild West,” said Zhao, a professor of pharmaceutical sciences, adding that most SARS-CoV-2 antibody tests are “just not accurate.” Large-scale testing will determine what percentage of the population had COVID-19 but never showed symptoms, which will have a big impact on public health and reopening decisions. “What if it turns out that a larger percentage of the people in a community have already contracted the virus?” Zhao said. “This means you are closer to accomplishing herd immunity.”

The team plans to compare the TinyArray assay performance with other COVID-19 immunoassays, including ELISA technology. They suggest that previous work has demonstrated that microarrays can match or outperform ELISA for serological testing, and that the main advantages of microarrays over ELISA are higher information density and throughput. “Also, in our separate study, we show the highly quantitative nature of the CoVAM in measuring antibody reactivity for positive and negative sera, enabling our test to measure antibody titers and potentially infer patient immunity against SARS-CoV-2 infection,” they noted.

The team suggests that their platform could also be compatible with smartphone technology to speed analysis. “After imaging, microarray data could be uploaded for cloud-based analysis using a smartphone,” they wrote. “This capability will be especially important in the upcoming months as the disease is spreading to countries with minimal health care infrastructure and high population densities.”

“This work will enable large scale serosurveillance, which can play an important role in the months and years to come to implement efficient containment and mitigation measures, as well as help develop therapeutics and vaccines to treat and prevent the spread of COVID-19,” they concluded.