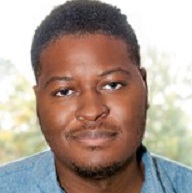 Department of Chemistry and Physics

Abstract
Site-Selectivity is highly desired for work in C-H bond functionalization as organic framework are typically saturated with C-H bonds of similar reactivity. Differentiating selectivity for a single desired C-H bond among a plethora of other similar C-H bonds is a daunting task. Template guided C-H bond functionalization has recently emerged as a solution to pursuits in site-selectivity. Key to this strategy is the strategic molecular shape of the template that affords advantageous intramolecular distances between a coordinated metallic catalyst (on the template) with a desired C-H bond (from a covalently attached substrate). We seek to contribute with the creation of a novel light-enabled template. This template anticipates affording opportunities in varied site-selectivity that is toggled by wavelength modulation. Our envisioned template is based on two initial molecular photoswitch framework: azo and hydrazone functionalities. Photoisomerization affords a “T-shape” conformation for azoheteroarenes that is exploited for remote site-selectivity. Equally, photoisomerization of the hydrazone scaffold affords a key molecular rotation exploited for varied site-selectivity. The aforementioned work is proposed in for initiating an undergraduate research program in chemistry at a Historical Black University, Alcorn State University.

Biography
Stefan Malone Cooper, Jr. obtained his B.S. in chemistry from the College of Charleston (Charleston, SC) in 2007. There he worked, as an undergraduate researcher, on creating derivatives of the antibiotic, Cytosporone E, advised by Dr. Justin Wyatt. Later in 2015, Stefan obtained a Ph.D. in Organic Chemistry advised by Dr. William E. Crowe. His dissertation was entitled “TRANS-POSITIONING” CARBONS WITHIN STRAINED CAGED BICYCLIC(S): ROM/RCM (RING-OPENING/RING-CLOSING METATHESIS AND DIECKMANN CONDESATION ROUTES TO A CIS-DECALIN INFRASTRUCTURE. Stefan complete a short stint as a postdoctoral researcher in the lab Dr. Herman Sintim in 2015, at the University of Maryland and later was appointed in 2016 as a Path to Professoriate Fellow within Hampton’s University NSF Partnership for Research and Education in Material (PREM). Stefan was appointed as an assistant professor in the department of Chemistry and Physics at Alcorn State University, Fall 2017.

Sponsored by the Michael and Roberta Berns Laser Microbeam Program