Dr. Botvinick is a Professor of Biomedical Engineering at the UCI Henry Samueli School of Engineering and Professor of Surgery at the UCI School of Medicine. In 2007, he established the Bio-Engineering of Advanced Mechanical Systems (BEAMS) program with labs at the UCI Edwards Lifesciences Center for Advanced Cardiovascular Technology and UCI  Beckman Laser Institute and Medical Clinic.

Under Dr. Botvinick’s direction, the BEAMS lab seeks to apply optical tweezers and engineered platforms to create innovative solutions in medical biophotonics. He studies the relationship between mechanical stresses on cells and molecular signaling or mechanotransduction. His interest in intrinsic and external mechanical forces in cellular micro-environments drives his research as he studies their effects on the behavior and molecular signaling of cells. Currently his lab is investigating the role of the glycocalyx in the transduction of fluid shear stress at the walls of blood vessels and is constructing an instrument to study the scale of mechanical induction of vascular inflammation.

Dr. Botvinick was named the UCI Samueli School of Engineering “Innovator of the Year.” In 2015, he was awarded “Faculty Mentor of the Month” in the UCI Biomedical Engineering Department. He is named in ten patents and has authored numerous journal articles and book chapters.

Dr. Botvinick earned his Ph.D., M.S., and B.S. in bioengineering from the University of California, San Diego. 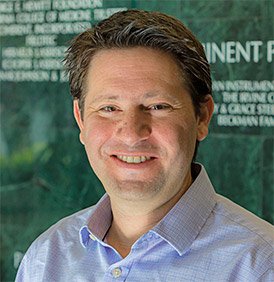