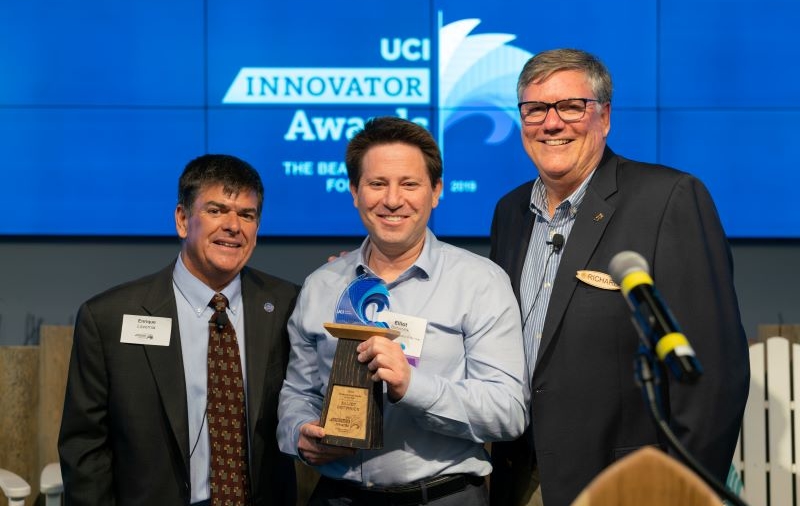 On May 29, 2019, Elliot Botvinick was named Entrepreneurial Leader of the Year award at the UCI Innovator Awards Ceremony held by UCI Applied Innovation at The Cove.  This award is given to innovators who have shown an enterprising spirit by transforming at least one significant innovation from the university into a market-ready product or service. The many nominees for this award included Chris Barty, Jeffrey Krichmar, Aimee Edinger, Elliot Botvinick, and Tony Givargis. Elliot Botvinick is a professor at the UCI Henry Samueli School of Engineering. He is considered to be a leader for the research and development of advanced medical devices while also knowing how to bring this research to commercialization. His current research is aimed at treating and diagnosing Type-1 diabetes, as well as standard trauma. He and his research team developed a continuous monitor that measures blood lactate, which helps to identify early signs of organ failure. All of the nominees and winners of these awards are considered to be among the best researchers in and around UCI.