In 2017, Dr. Chris Barty joined the faculty as Distinguished Professor of Physics and Astronomy and lead faculty of UCI’s Convergence Optical Sciences Initiative (COSI). He is also a member of UCI Beckman Laser Institute & Medical Clinic, the chair of the International Committee on Ultrahigh Intensity Lasers (www.ICUIL.org) and a co-founder of Lumitron Technologies, Inc., which is based in Irvine.

Prior to his arrival at UCI, he served as the chief technology officer for the National Ignition Facility and Photon Science Directorate at the Lawrence Livermore National Laboratory. Dr. Barty received his Ph.D. and M.S. in applied physics from Stanford University and B.S. degrees, each with honors, in chemistry, physics and chemical engineering from North Carolina State University.

For his accomplishments in laser science and related applications, he has been elected a fellow of the Optical Society of America (OSA), the Society for Photo-optical Instrumentation Engineers (SPIE), the American Physical Society (APS), the Institute of Electrical and Electronics Engineers (IEEE) and the American Association for the Advancement of Science (AAAS).

He was the 2013 IEEE Lasers and Electro-Optics Society Distinguished Lecturer, the 2016 recipient of the SPIE Harold E. Edgerton Award for his work on ultrafast lasers and laser-based x-ray and gamma-ray science and the 2018 recipient of the OSA R. W. Wood Prize for his foundational innovations that have enabled ultrafast and energetic intense lasers around the world. 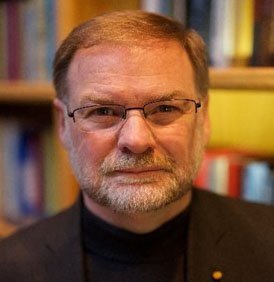