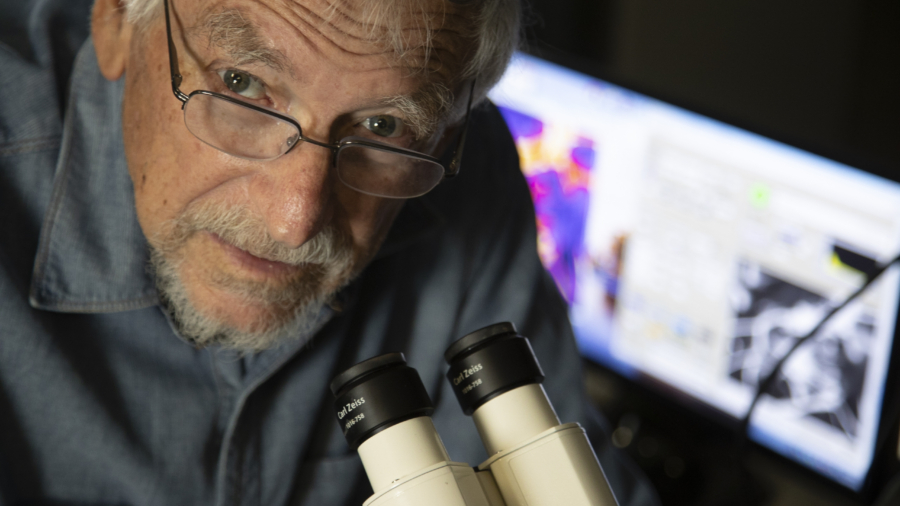 UCI professor of cell biology follows in the footsteps of Charles Darwin, Louis Pasteur, Edward Jenner and Sigmund Freud among many other of the world’s most eminent scientists

Among numerous prestigious scientists and physicians, Michael Berns, cofounder and founding director of UCI Beckman Laser Institute & Medical Clinic, has been elected as a Fellow of the Royal Society of Medicine in the United Kingdom.

“I am truly honored to be invited to join the Royal Society, especially because it’s the same society that has honored so many elite luminaries of the past,” said Berns.

Fellows and Foreign Members of the Royal Society of Medicine are elected for life through a peer review process on the basis of excellence in science.  The Society’s 200-year-old history has seen prominent figures in medicine and science as part of its membership and governance.  Famous Fellows include Charles Darwin, Louis Pasteur, Edward Jenner and Sigmund Freud.  Elected Fellows of the British Royal Society of Medicine are comparable to members of the National Academy of Medicine in the United States.

The Society is a leading provider of high quality continuing postgraduate education and learning to the medical profession.  The mission of the organization is to advance health, through education and innovation.

The organization hosts scientific symposia and training courses, as well as public information and discussion events.  In addition, the Society operates one of the largest medical libraries in the world with approximately 600,000 volumes and 12,000 journals.

“I am grateful to UCI and the Beckman Laser Institute for all the support in encouraging my career development in biomedical optics during the last 50 years,” stated Berns.

In 1994, Berns received the UCI Medal.  In 2011, he was honored with the Fariborz Maseeh Outstanding Faculty Teaching Award from the UCI Henry Samueli School of Engineering.

Learn more about Michael Berns and the British Royal Society of Medicine.